Corruption and the ritual realm of football

As corruption and in-fighting are exposed at the heart of the Fédération Internationale de Football Association (FIFA), I have been remembering a comment Ken Loach made in an interview about his film Looking for Eric.  He was being asked about the Football Club United of Manchester, set up by outraged fans after the Glazer family bought Manchester United FC for purely financial purposes (Ken Loach is a member of FCUM, and one scene in Looking for Eric revolves around teasing of a FCUM fan).
In an audience discussion provided as part of the special features on the Looking for Eric DVD, Loach was asked about ideas for ways to get back to a less commercialised football of the kind that FCUM is trying to offer.  Loach replied that football reflects the values of the time it's in.  You can't expect football to be managed in ways the world worked in the early twentieth century, when we are in a twenty-first century characterised by global corporate capitalism.
Loach's view that football reflects the values of its times confirms the thinking of writers who see football as a ritual realm, key to the workings of our social world.  I hold this view, partly because I am an ex-rugby player and a rugby fan.  Even for a passionate supporter like myself, rugby is just a sport, while being a fan of football is about your life.  I will switch my alliegance to watch a local rugby team instead of the team I used to play for (Saracens) or the one I grew up with (Bath), and I would always rather watch a good game of rugby while the Good Fella would always rather that Wolverhampton Wanderers - the team of his father and grandfathers - won.  (Well, except in the Calcutta Cup match - I don't care how we win that as long as we win.) 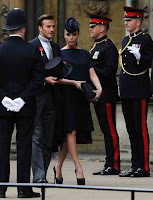 In his study of Millwall fans (No One LIkes Us, We Don't Care), Garry Robson argues that football is both ritual and carnevale in Mikhail Bakhtin's sense.  Bakhtin views carnival as a special occasion during which the everyday hierarchy is inverted - but only actually to reinforce the existing hierarchy.  Think about David and Victoria Beckham, cockney couple turned King of football and Queen of pop music (click here to join the petition to make David Beckham king of the world) invited to the wedding of Prince William and Kate Middleton like a (post)modern day pearly king and queen.  They make us think that anyone could become equivalent to royalty, "one never knows" as the pearlies put it.  That hope means that instead of turning to revolution to bring the over-privileged down to our level, we struggle on hoping to rise to theirs.

(I once recommended Garry's book to a student to help him with his essay on racism among football fans.  When I said it was a very difficult read with a complicated theoretical mix of Bakhtin and Bourdieu his face fell.  When I reminisced about the last time I saw Garry - at my leaving do, when he downed 8 pints of Guinness and still managed to stagger down the road in a reasonably straight line to tell off his daughter for mis-treating her boyfriend, my student's face lit up.  He bought the book, read it cover to cover and got a distinction.) 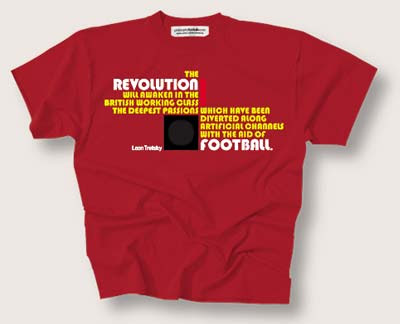 The politics of gender, sexuality and class, as well as race, play out like shadow puppets in the popular culture surrounding football.  Football is the game through which working class men can rise out of the pits and foundaries, not 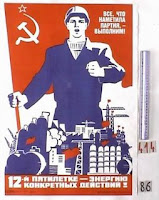 through the middle class route of education, nor through the revolutionary route of collective action but through the honing of their most important individual asset:  the body and physical abilities of strength and endurance.  Even the conservative writer John Buchan recognises the working class man's physical health as a material asset in one of his most enjoyable shockers, John McNab.  When the aristocratic Charles Lamancha breaks the leg of an undernourished navvie in a fight, he is consumed by regret as he realises that what to him would be a temporary inconvenience is an injury which will ruin the working man's life.

Issues of race, gender and sexuality work to support class dynamics, in football as in life.  Long hard work over years has had to go into stopping racism in football.  During the 1990s, not only was the black player Justin Fashanu eventually driven to suicide after coming out as gay, the heterosexual English player Graham Le Saux was repeatedly humiliated with homophobic jibes in public and private, for being the reader of a middle class newspaper, The Guardian.  The slow success of the fight against racism in football, and the wonderful turnaround in the views of FIFA president Sepp Blatter, blasted only a few years ago for suggesting the women's game would be improved if the players wore tighter shorts but earlier this year demonstrating his feminist credentials in a statement about International Women's Day - more seriously the sacking of two BSkyB pundits for sexist remarks - could suggest that football and the world, or at any rate Britain, are becoming fairer, more respectful of diversity.  (In France, the ignominious early departure of their World Cup team let loose a storm of racist comments in the press suggesting black French players would not do their best for the nation;  impossible to imagine the British press making any such comment even though Rio Ferdinand had to fly straight home without playing a single match, due to injury.)  However, as corruption looms ever larger, a different prospect may be in store.
The most intelligent popular writer on football, Simon Kuper, wrote recently in the FT Weekend about rumours of endemic match fixing in football, revealing that even children's matches in Europe have Asian bets placed on them.  As the author of Fever Pitch, Nick Hornby, comments, “Once we begin to doubt that what we are seeing is real, then we will cease to care”.  But what happens when we cease to care about something so fundamental to meaning in our lives as ritual?  Working class people have supported their local football clubs for hundreds of years, generation after generation, while getting on their bikes and moving their families elsewhere in search of work, while their clubs were bought out by global corporate interests, while clubs rose and sank in the leagues under the heavy favours of BSkyB and other sponsors.  Yet how can that passion survive the realisation that the game is meaningless, has been fixed with an artificiality even beyond that of managing to get financial backing at levels better suited to the annual budget of a developing nation.  (Football has managed to elude the simple power of money to buy success, as fans of teams other than Chelski gleefully found, and curiously some teams have survived through more prudent financial management, The Telegraph's Duncan White reported.)

In the tv programme Looking for Manchester, Eric Cantona returns to explore the ways in which the city experiences football.  With a final flash of brilliance proving that his famous seagulls comment was not the only reason he became known as a philosopher in football, he comments that "people love football;  not to escape reality but to live in another dimension for 90 minutes". Was the reality for which the beautiful game is another dimension one of a passing world of working class masculinity, like smoky old male-dominated pubs, something we can allow to disappear as we move into a feminist and multicultural society.  Those who have suffered the sullen despair of a weekend ruined because the family man's team lost on Saturday might be glad to think so.
Or might we see rising pressure from consumer democracy.   If we consumer citizens don't believe in the game, then it no longer becomes worthwhile for corporations to invest sponsorship money in it.  With their rather large pay packets on the line, those in power in football might start to clean up the game in order to ensure that the big money stays.
Or - as more women become players and fans of football - might the ordinary working person's love for the game lead us to see global corporate capitalism in that other dimension and demand a reality which can support a more collective football.  I remember seeing a young woman in a hijab laughing and kicking a football around the park with some friends, and I wished I could film the game to counter nonsense about Muslim people as repressive grim right wing "fundamentalists".  That seems like a reality even worth switching from rugby to experience in another dimension.
Posted by Anthropological Mum at 14:10