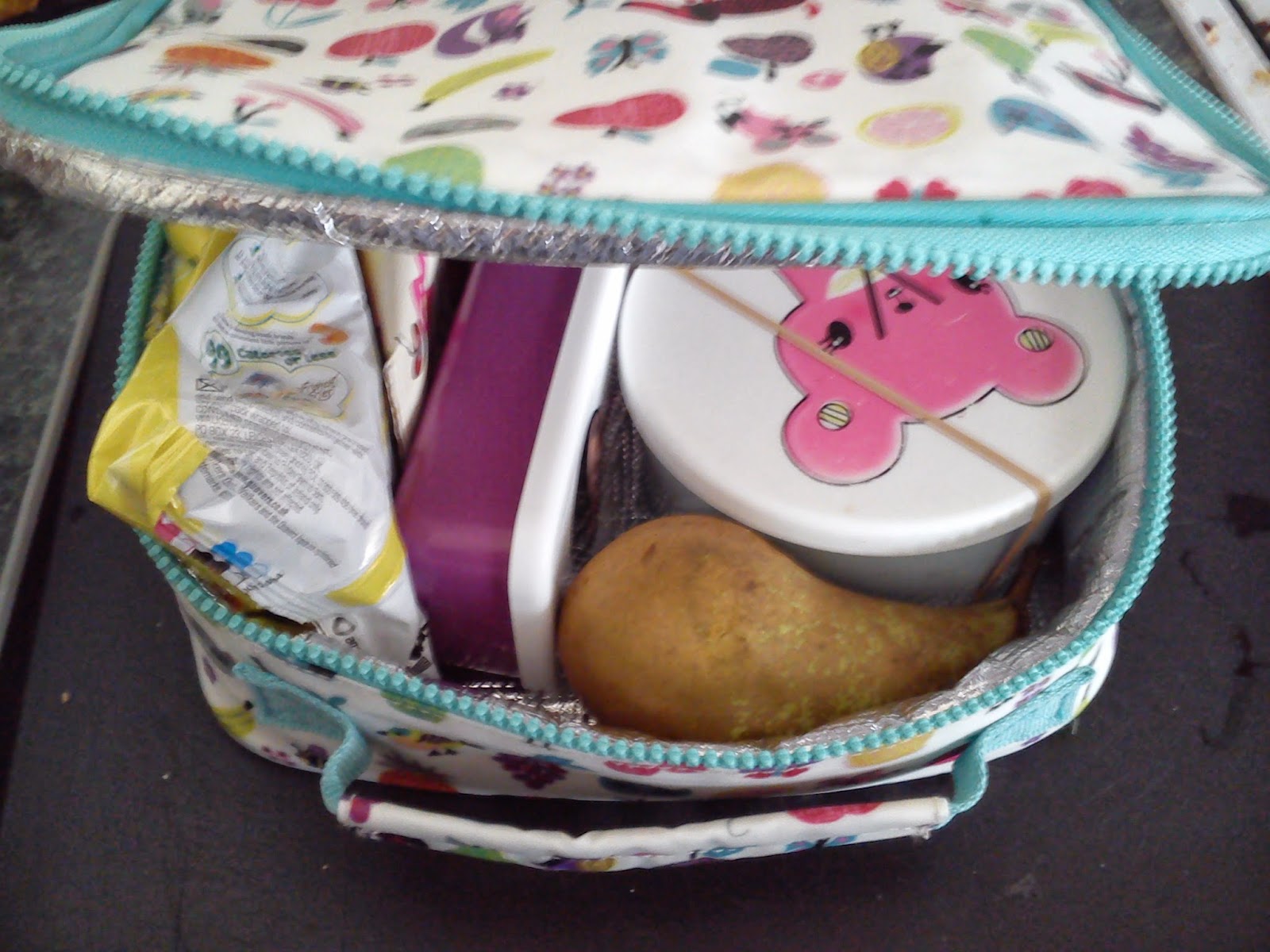 Gosh I was thrilled when Piglet came home and without any prior notice from the school, she announced: "Tomorrow I have to take in a packed lunch which is totally eco-friendly and has no packaging in it to throw away." I made a number of comments using inappropriate religious language.

Packed lunch is a bone of contention anyway (ho ho). I would much rather Piglet ate a school dinner. I tell her this is because in winter it's good to have a hot meal, but acksherly it's because it's tiring making sandwiches every single day, plus surprisingly expensive if you do it well. 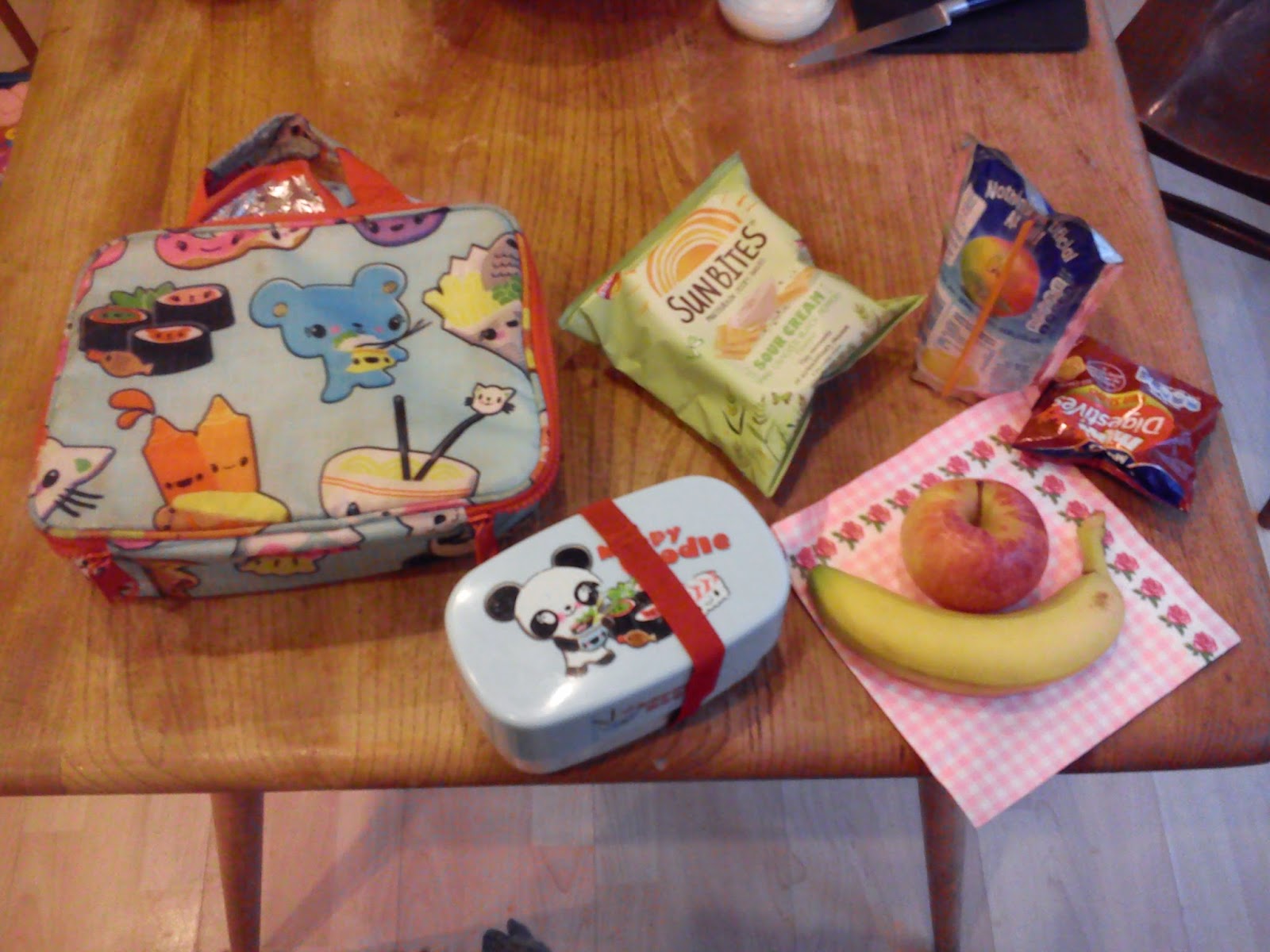 Eh? I am an over-achieving super mom, what kind of packed lunch do you suppose I produce? We are talking the Rolls Royce of packed lunches here, with sushi, pasta salad and small tubs of peeled grapes. OK, I don't actually peel the grapes, LOL, but I sometimes do make sushi and blah. I can't help it, as soon as I see anything resembling a picnic I go into overdrive.

I know, of course, that Piglet wanting to have a packed lunch is not about not liking school dinners. School dinners, however questionable their nutritional value in the wake of the turkey twizzler scandal, are often tasty. 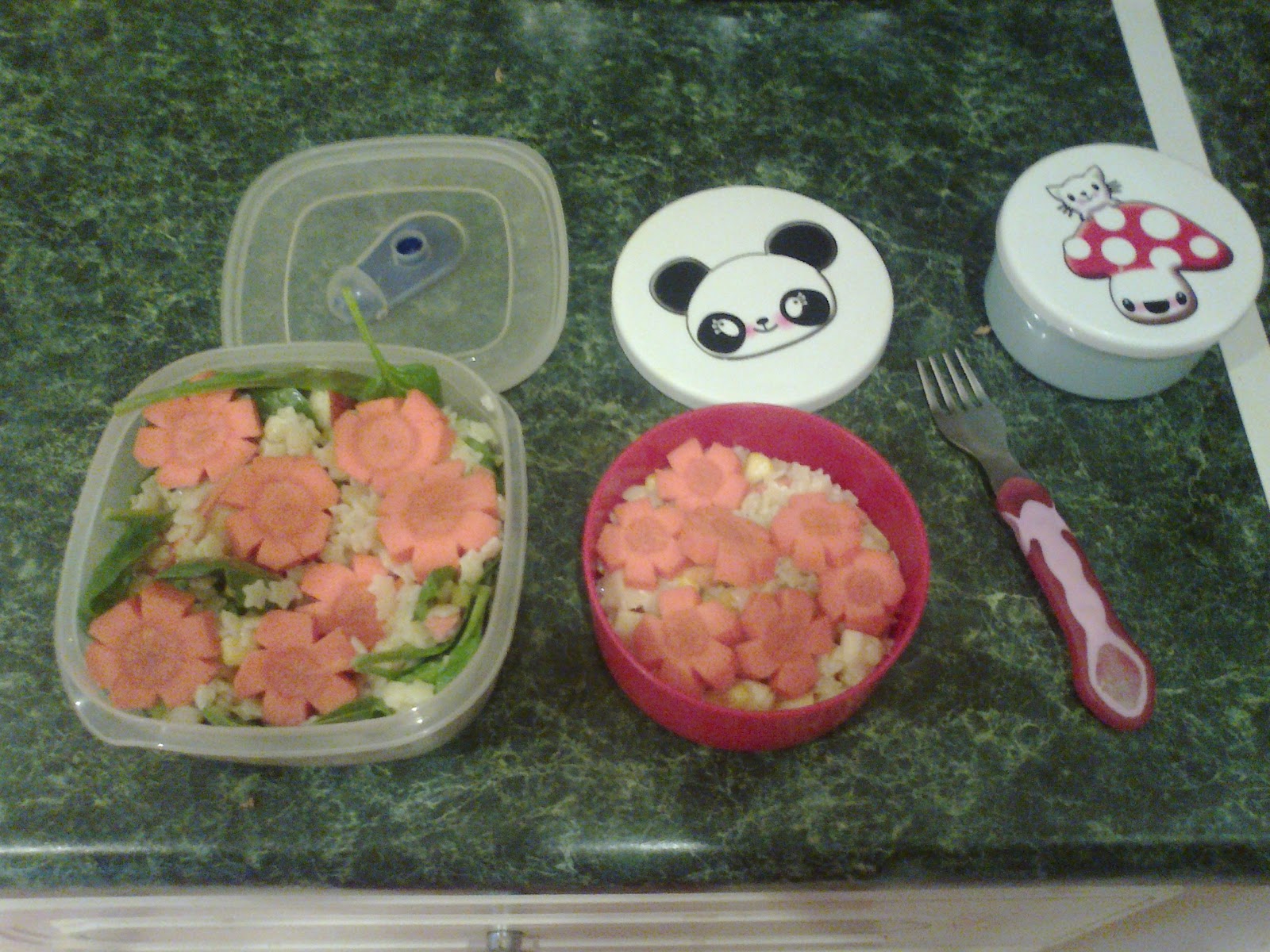 Packed lunches are a means towards social kudos. Children swap things from their packed lunches (they are not meant to but they sneak things to each other anyway). In this way, they can gain considerable social status. Chocolate biscuits are high stakes in the roulette of luncheon baskets, y'know. And although Piglet complains when foisted off with a pasta salad made out of stellini and carrots cut into flower shapes, other poor mums tell me their horrid children came home saying: "Why can I not have a packed lunch like Piglet's? She has sushi. Every day!" (She does not have sushi every day, I can assure you.) Piglet used to come home begging for a wrap, because her fellow piglet had wraps, but when I made them for her, they came home uneaten because she didn't really like them.

Since I put so much time and effort (and cash, for God's sake) into the Piglet packed lunch, I was pretty grumpy when the edict came forth we should also turn it into a project aimed at lowering the amount of waste UK households throw away (30 million tonnes in 2008 (Brown 2009 p.107) - my students have just submitted their essay on 'is rubbish worthless'). Besides, I felt guilty. I realised that as well as a paper tissue (OK, biodegradable) and a juice carton (expensive healthy and recyclable smoothie), I also include unrecyclable packets of little biscuits and crisp-substitutes ('healthy' alternatives - hopeless attempt to put Piglet off the packed lunch idea).

I acksherly managed an entirely eco-friendly packed lunch on this occasion, including a piece of cloth instead of the paper napkin. I had already moved to putting the sandwiches in a tub instead of clingfilm (excuse me while I polish my halo <snerk>) and I put some biscuits out of a packet in a tub, and did the pasta salad instead of crisps in spite of Piglet protesting that she did not want to have the eco lunch as "there isn't even a prize for it". 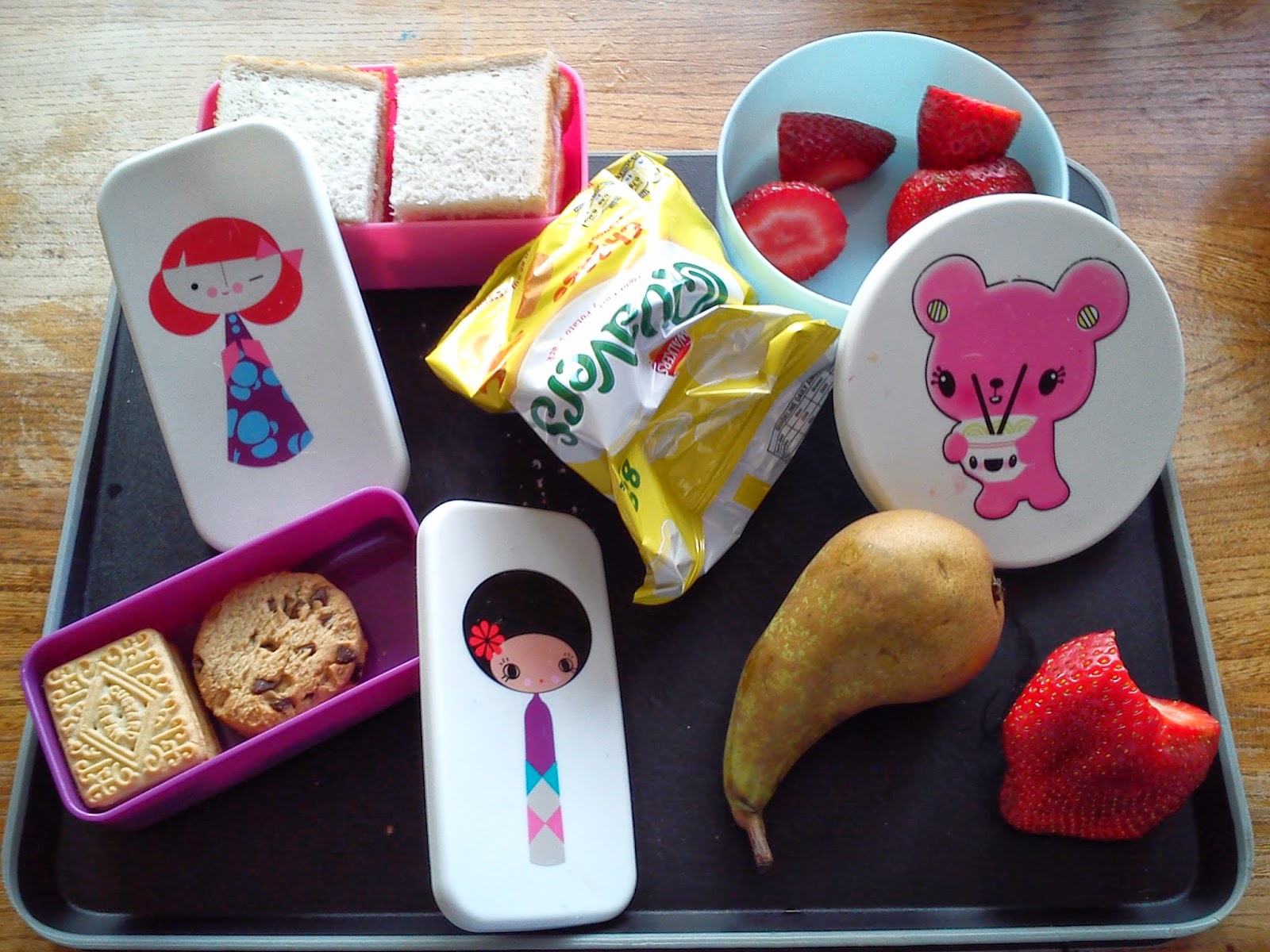 I'm afraid Piglet's social standing will not take constant pasta salads. The little packets of biscuits are so charming, too, although I have started sending chocolate biscuits in a tub instead. If in 2014 we only have 29.9999999999999 tonnes of rubbish, I will feel I did a little bit, although I still feel guilty about the '30% less fat' (than what? a turkey twizzler?) crisp-substitutes.