A couple of weeks ago, the coast was being swept by torrential tides. Now suddenly it's Spring. 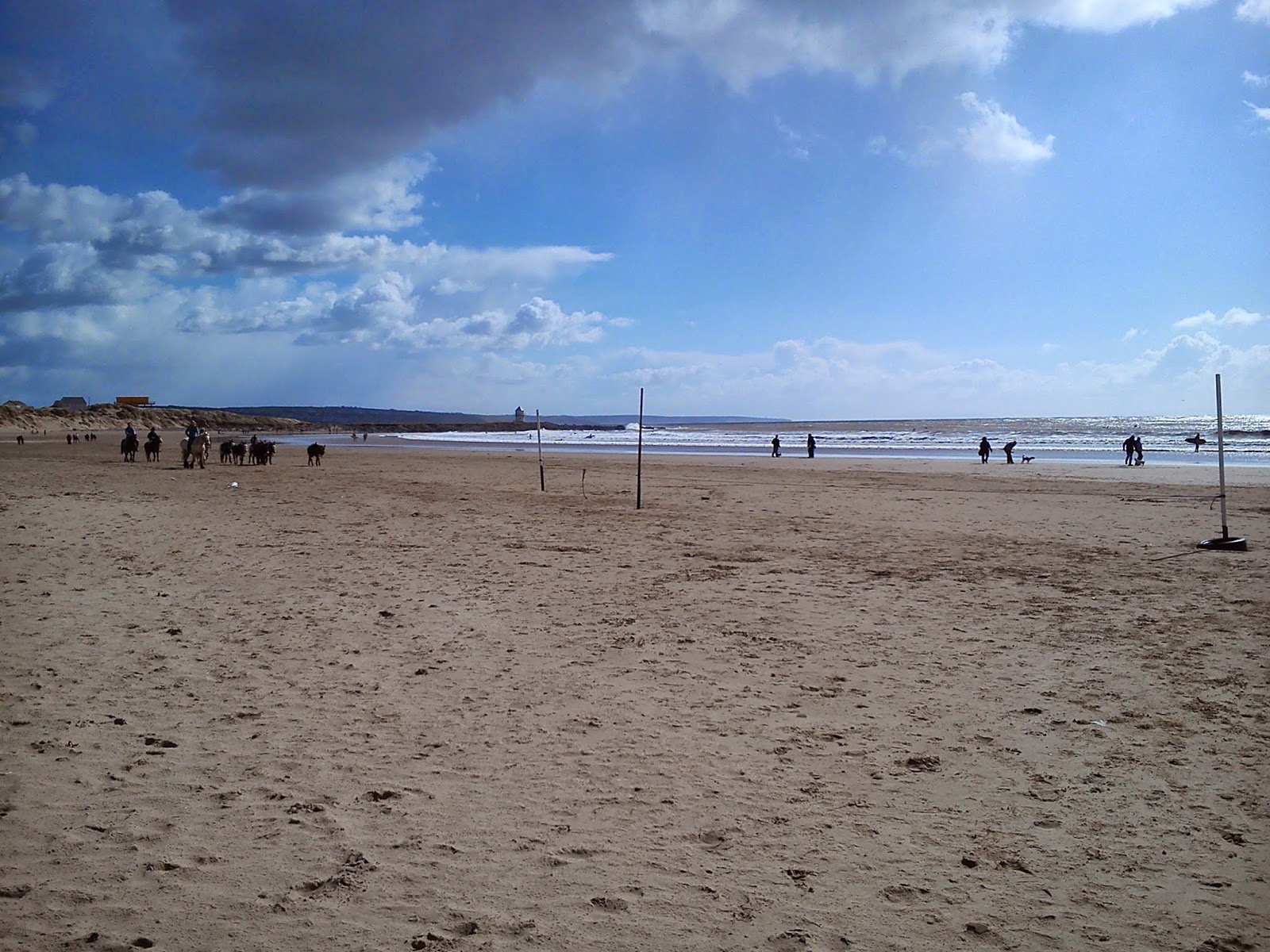 Today was a bright sunny windy day. Piglet and I left three loads of washing on the rotary drier and went down to Porthcawl. We were there early - surfers were out on the waves and the donkeys just arriving.

Sidolis has rechristened itself Sea Salt Fish & Chips (at 2 Eastern Promenade), however they still serve rissoles, Segafredo coffee and the infamous icecream sundaes. After stuffing our faces, we went to Southerndown to see if the sand had been swept away by the savage storms. Quite a lot of the car park has gone and the beach is a lot rockier but as the tide ran out, we found stretches of golden sand still there. 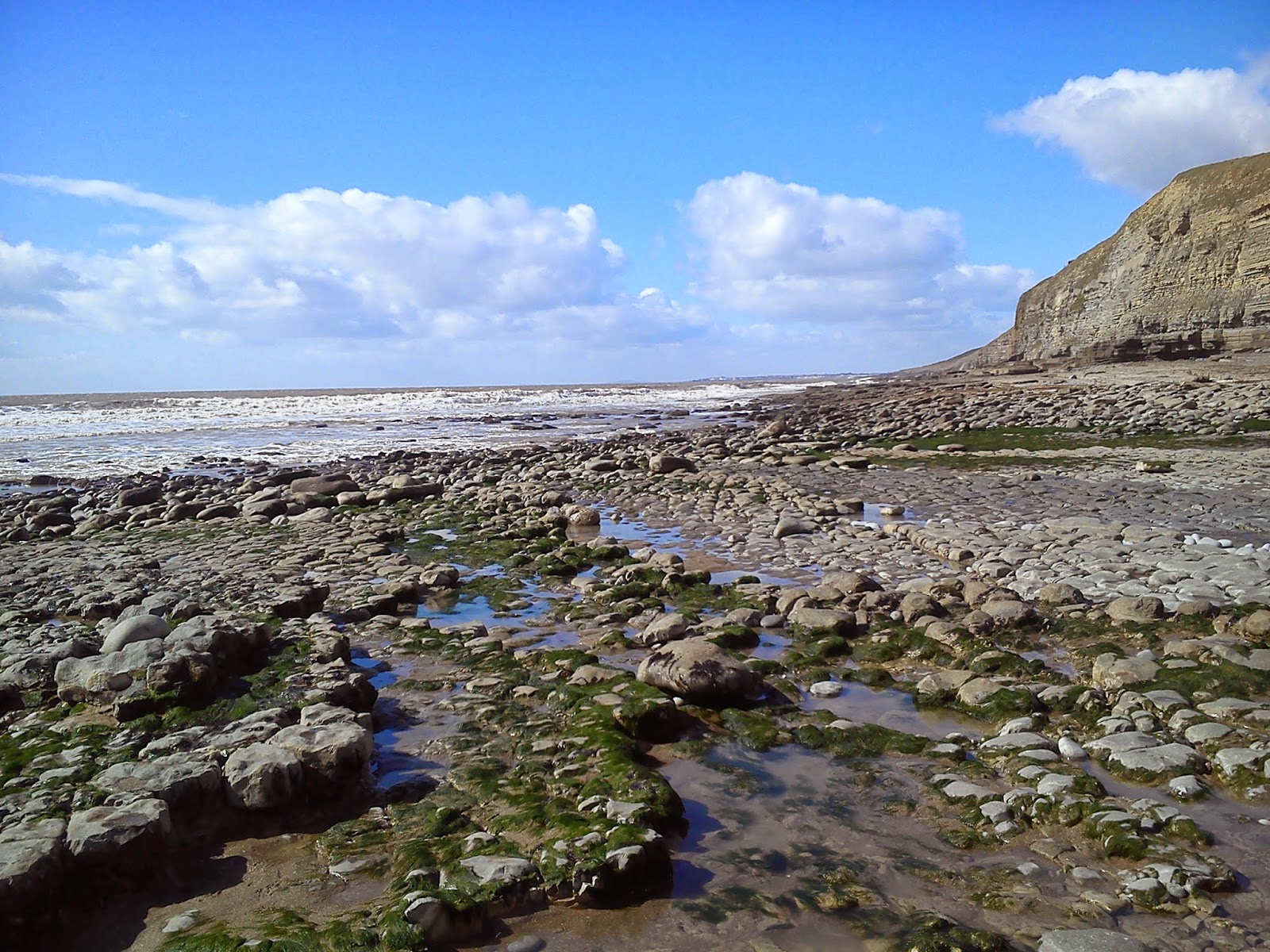 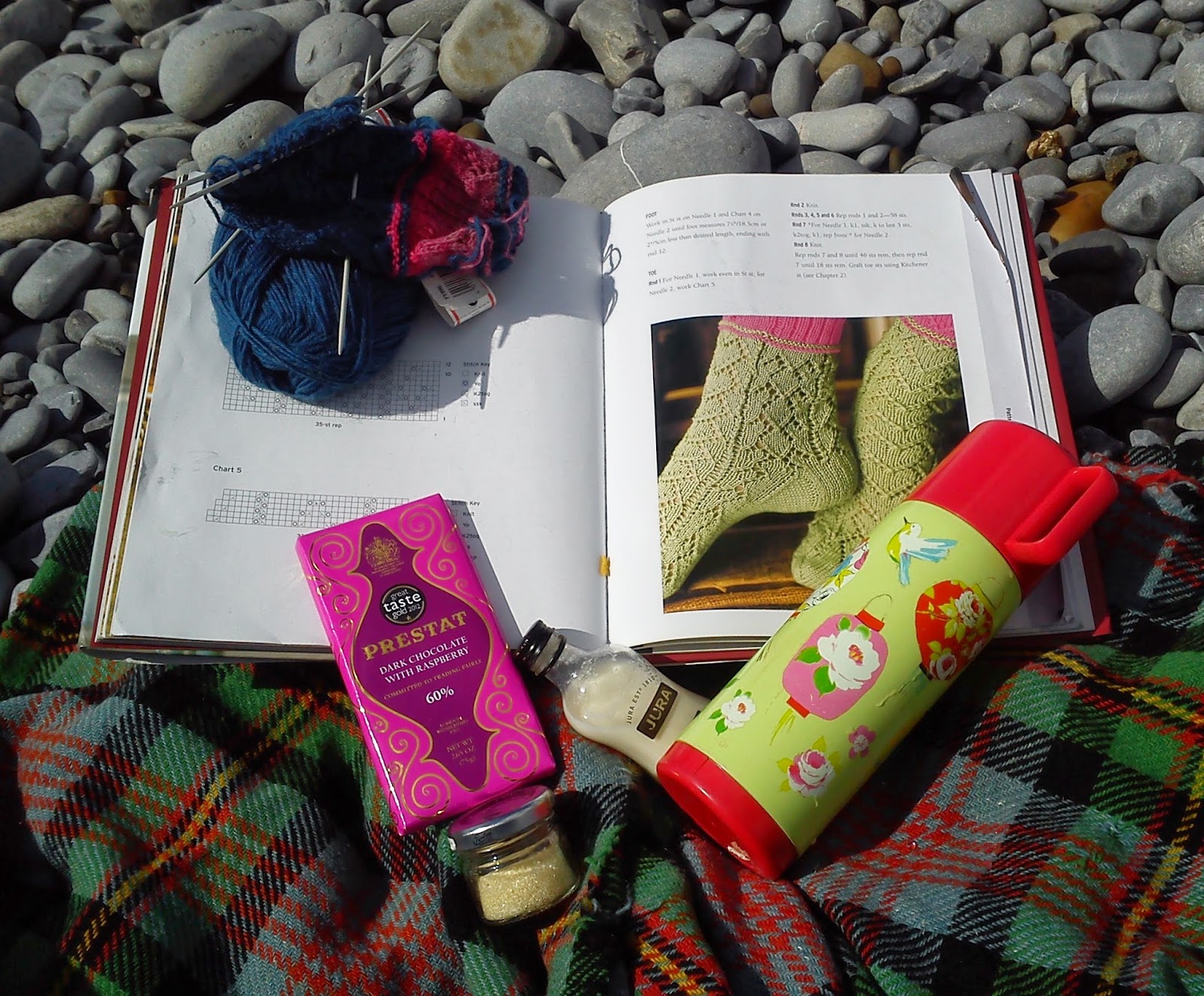 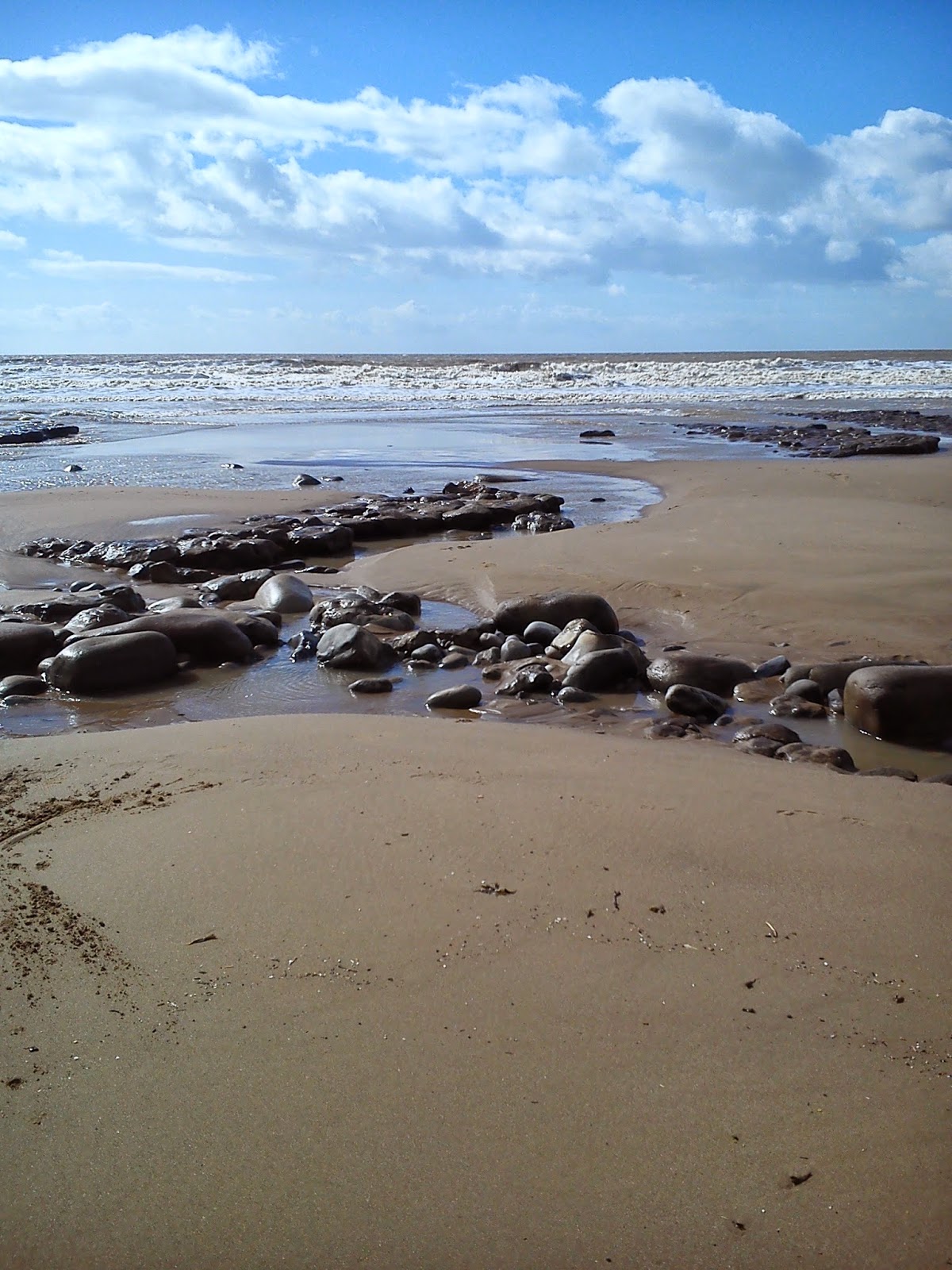 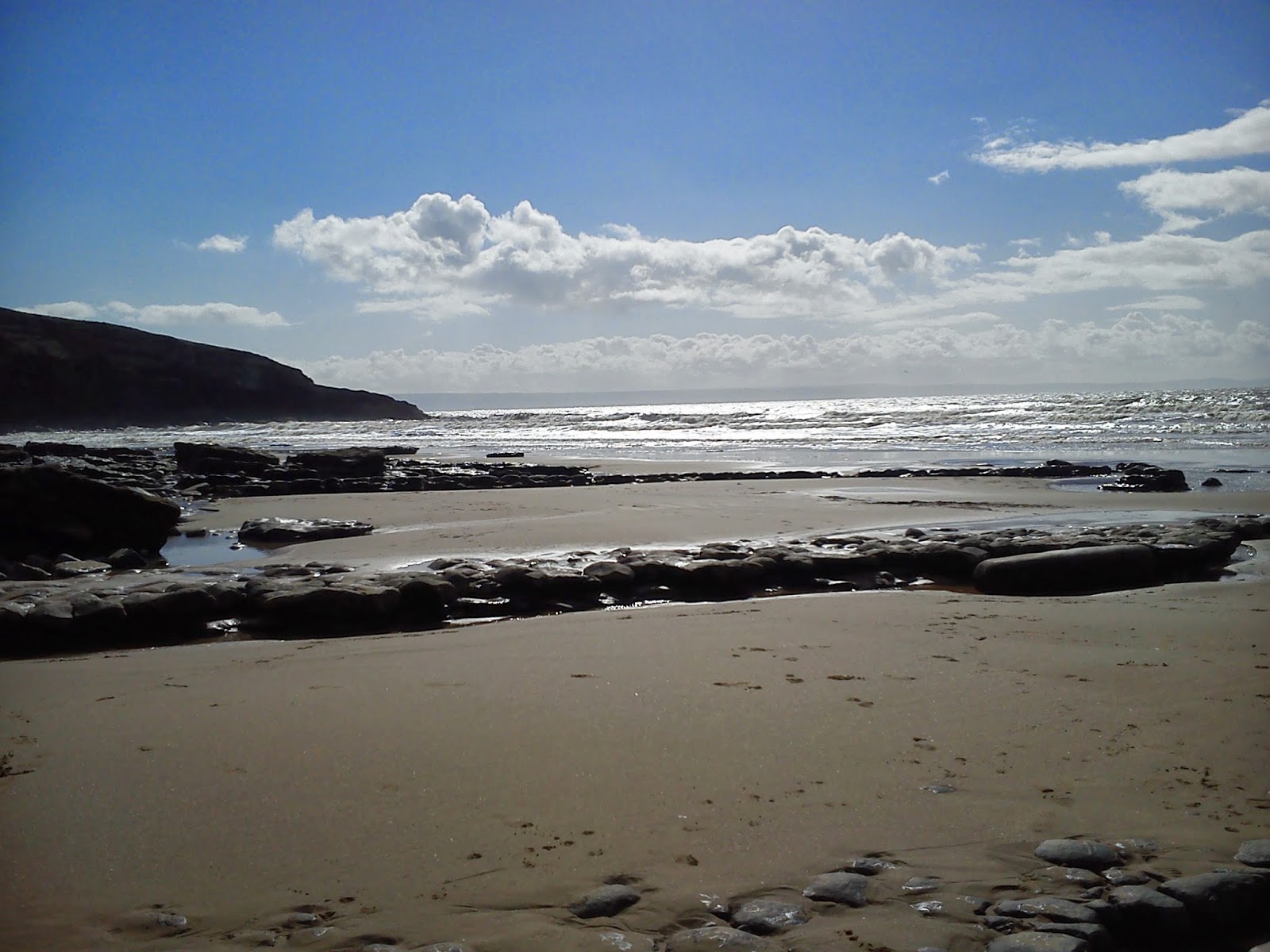 We were down at Ogmore not long ago - it was a winter beach walk then. We tried to get into the white painted cottage next to the castle for afternoon tea - but even in the depths of winter, you apparently have to book! 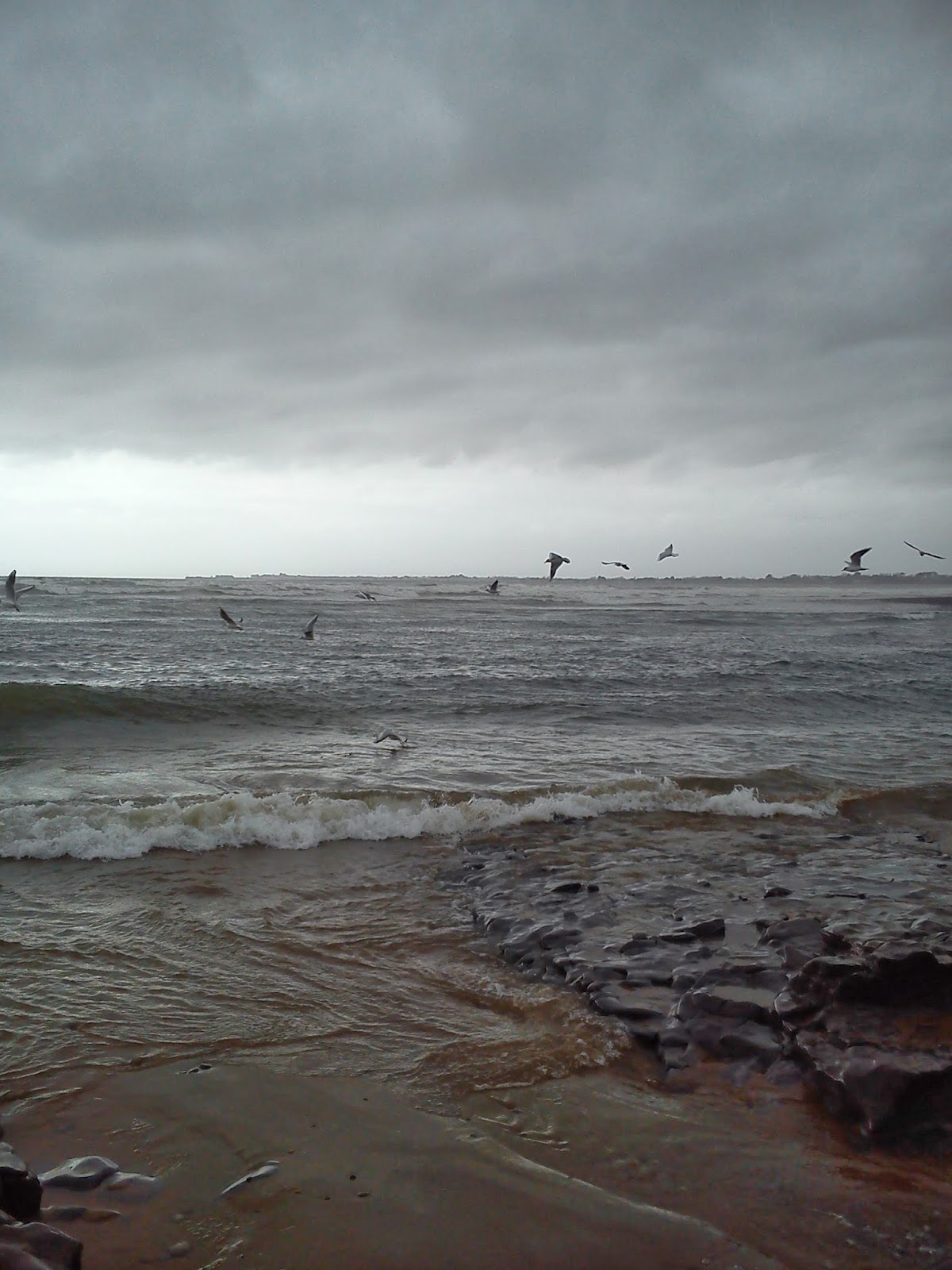 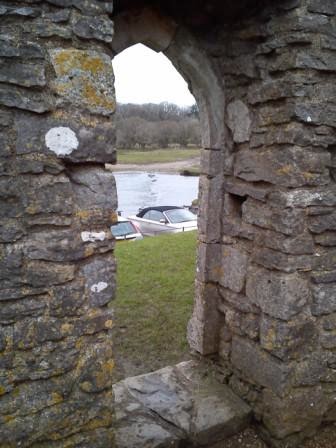 Posted by Anthropological Mum at 10:00

Email ThisBlogThis!Share to TwitterShare to FacebookShare to Pinterest
Labels: Excursion