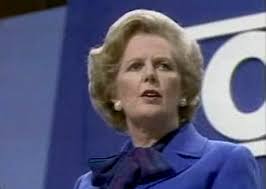 I graduated in the Thatcher years, the 1980s, into high unemployment and a sense of shame as people working in car factories and mines were pushed out by glittering city bankers. 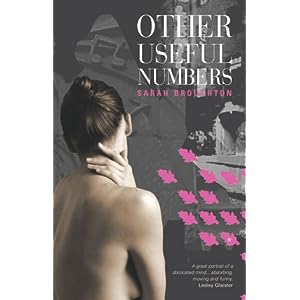 It was only when I read the novel Other Useful Numbers that I suddenly realised that the sense of isolation (individualism) and under-achievement (free market economics) that I felt wasn't somehow my 'fault'. It wasn't because I was lazy or unambitious that I drifted for so long, it was because I graduated into a Britain in the grip of Tory politics as selfish as the moneyed classes they represented.


I graduated from Cambridge. Ever since I've struggled to understand how, the golden girl of my little comprehensive school - the first pupil they ever sent to Oxbridge, with a 2:1, I could only eventually manage to get into a secretarial job. I mean the racism, sexism and homophobia can partly explain it but I think there is more to it than that.

As a social scientist, I look not at the failures of the individual but at the social context. I know that statistics show those of us who came out of university in the 1980s struggled to find employment and that when the jobs came back again, we continued to fall behind the new graduates who snapped them up ahead of us.

Here we are in a new recession. I have just been made redundant for the 3rd time in 5 years.

When Panorama and Channel 4 News go to talk to young people who are applying for 12 or 20 jobs in a week, not even getting a rejection letter a lot of the time, I can't bear to watch. I can't bear to see their faces with that frozen look, they try hard to put on their make-up, wear a tie, but they know that unless they get an extremely lucky break, they are doomed to an existence of struggle and low self-esteem instead of a life celebrating the good things. They only want to bring home a decent wage with which to enjoy themselves in a modest fashion, support their families, move on up to a bigger house perhaps but they may never get to do any of these things. Their lives may always be blighted by that sense of anomie, of being cut off from society, from the economy, from community and human warmth.

Actually that wasn't what I wanted. I wanted to do things in the world, help solve starvation, figure out what makes homophobes tick, make people respect asylum seekers. Sometimes I still do what I can but it's quite hard without a salaried position. In a capitalist system, your work isn't valued unless it's paid for in cash.

What surprises me about the banking crises (latest one as I write, Barclays Bank LIbor scandal) is that people are surprised. Here are these people whose job is to make money, as much, as quickly as possible, and we are taken aback when they find a dodgy way of doing so? These aren't social workers. What makes us think capitalism can be caring? Why are we beating our breasts saying There's no answer except to give the bankers even more money? Why are we silent about redistributive policies? Or taking banking over from greedy short-termists and running it for the good of the people, by the people via the State.

Yes, I can hear you laughing from here.
The difficulty is that people won't vote for it. Most of us think we're middle class now. We think we would have something to lose if we had a more redistributive politics. We don't want to lose £10 out of our personal pockets even if that does mean we have to see people around us who have a pinched desperate look, even if petty crime goes up and we lose stuff out of our shed, even if that means we know we are consigning another generation to oblivion and non-life.

In addition, we are aspirational. Truly Thatcher's children, we hope for an even better deal. We don't want to tax millionaires just in case we might become one. We would rather vote for people who hold out the hope of being much richer than those around us, however flimsy and unrealistic, than vote for those who suggest we might all be just a little bit better off if we were to share stuff round more equitably. Who wants the mundane reality of comfortable living when you can have the whiff of a promise of billionaire lifestyle à la Cameron. Let me sniff that dream!

I tell people to do postgraduate studies, to ride out the recession in the hopes that it doesn't become a depression. I can't do it myself, I'm already Dr. Mum! but it's a good strategy, it will keep you from losing your sense of self and community. (If the Tories don't kill off Higher Education first.)

Can we not imagine a different way?  Maybe one where people are focussed on building businesses which balance winning profits and developing jobs and resources in the communities in which they are based?  One which values the people who work not the money they make?

Posted by Anthropological Mum at 06:35